You are here: Home / Signature Events

Saturday, October 5 was a wonderful day in Belhaven Park!! T.B. Ledford performed during pumpkin decorating which was followed by a showing of “Goosebumps 2, Haunted Halloween.” Thank you to everyone who attended and especially thank you to our event sponsor Keifer’s Restaurant. Thank you to all our Art Series Sponsors: Mississippi Arts Commission, City of Jackson, Baptist Health Systems, Funderburg Sessums & Peterson PLLC, & Brandley Arant Boult Cummings. 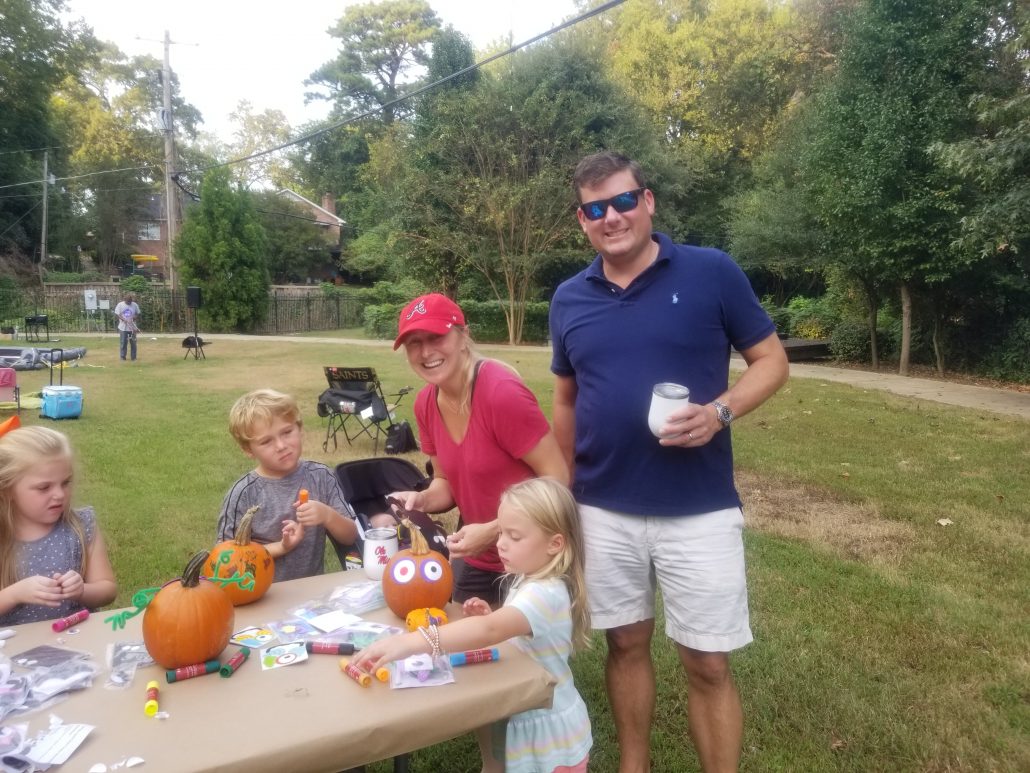 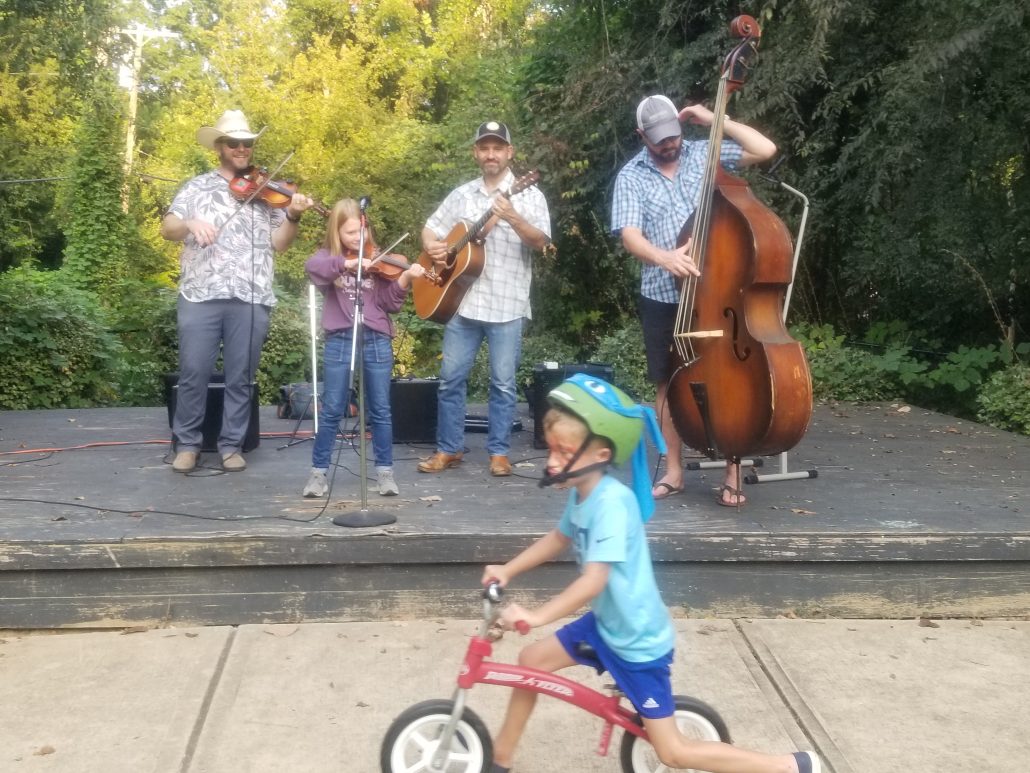 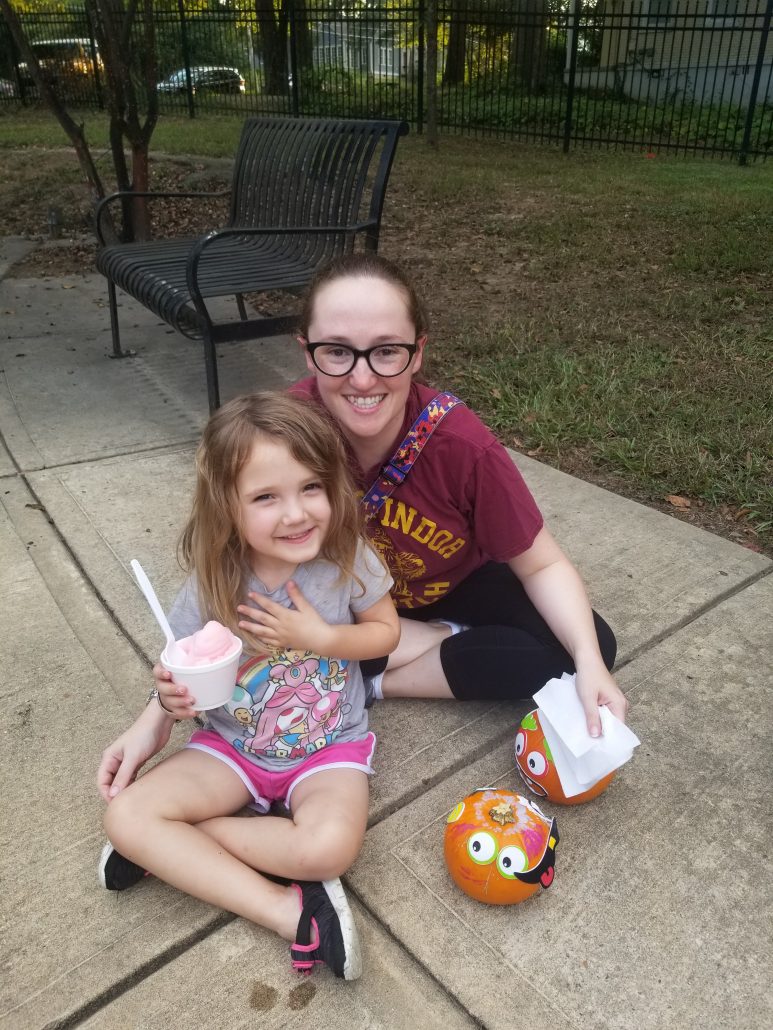 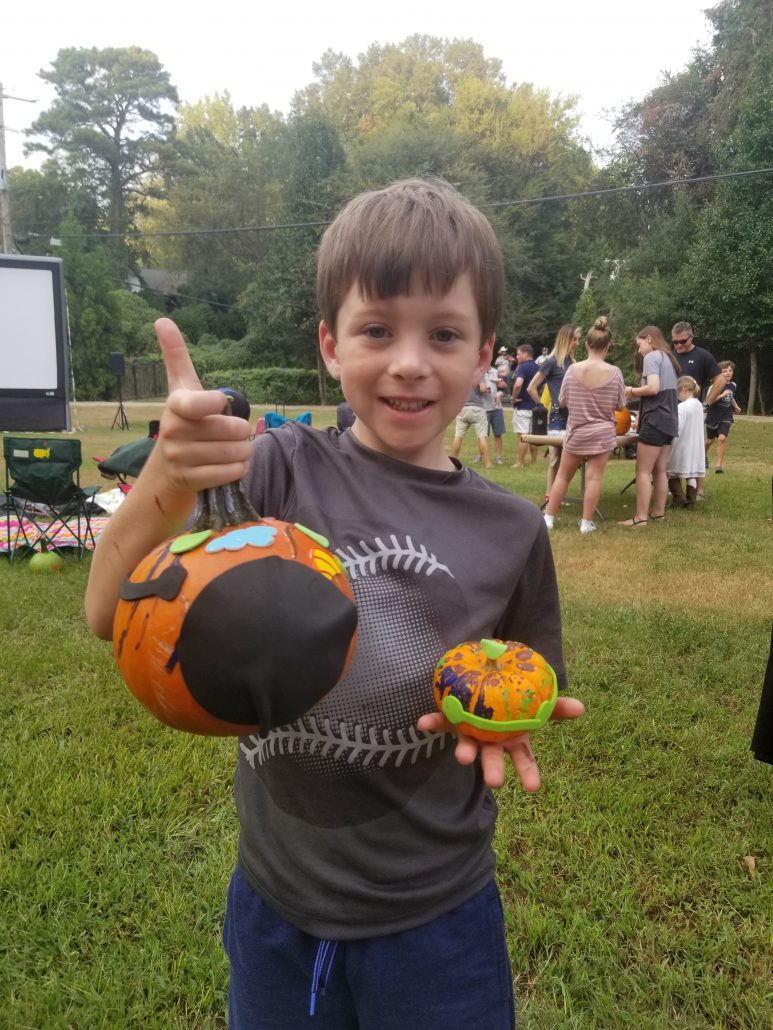 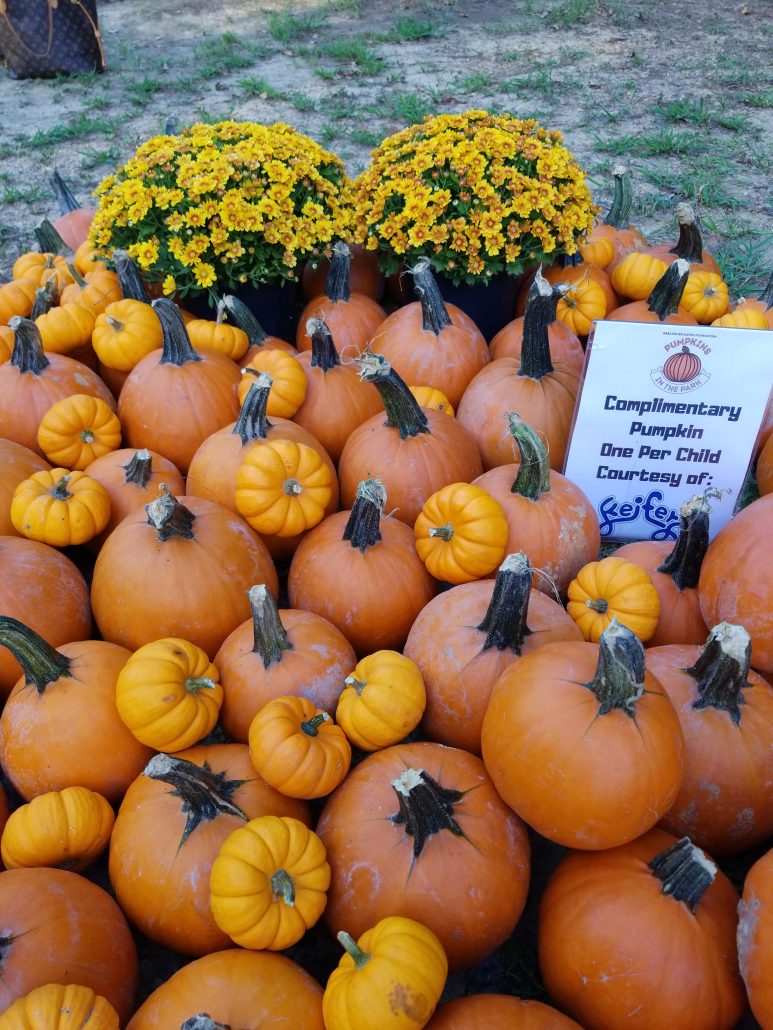 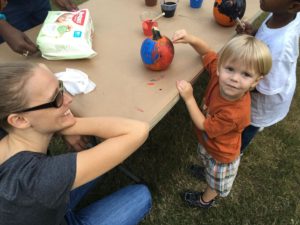 Everyone’s favorite fall event is this Saturday beginning at 5:30 in Belhaven Park, 1000 Poplar Blvd! Pumpkin decorating begins at 5:30pm, bring a pumpkin and have some fun!! T.B. Ledford and Lucy will begin playing at 6:00pm. This year’s movie is “Goosebumps 2, Haunted Halloween”, begins at dusk!

Tawny Minton from Snap Happy face painting will be on site. 2-4-7 Kitchen food truck will be there as well as Southern Sweets and Treats.

Bring your chairs and blankets and make an evening of it in Belhaven Park. What a wonderful way to welcome fall!! Thank you to our generous sponsors for making this possible: Keifer’s, Mississippi Arts Commission, Mississippi Baptist Health Systems, Funderburg Sessums & Peterson PLLC and the City of Jackson Parks and Recreation Department!

Thank you to all who braved the storm and came out to celebrate 15 years with us! The rain did not damper our night we had over 3500 attendees! We hope you had as much fun as we did and we will see you in 2020! 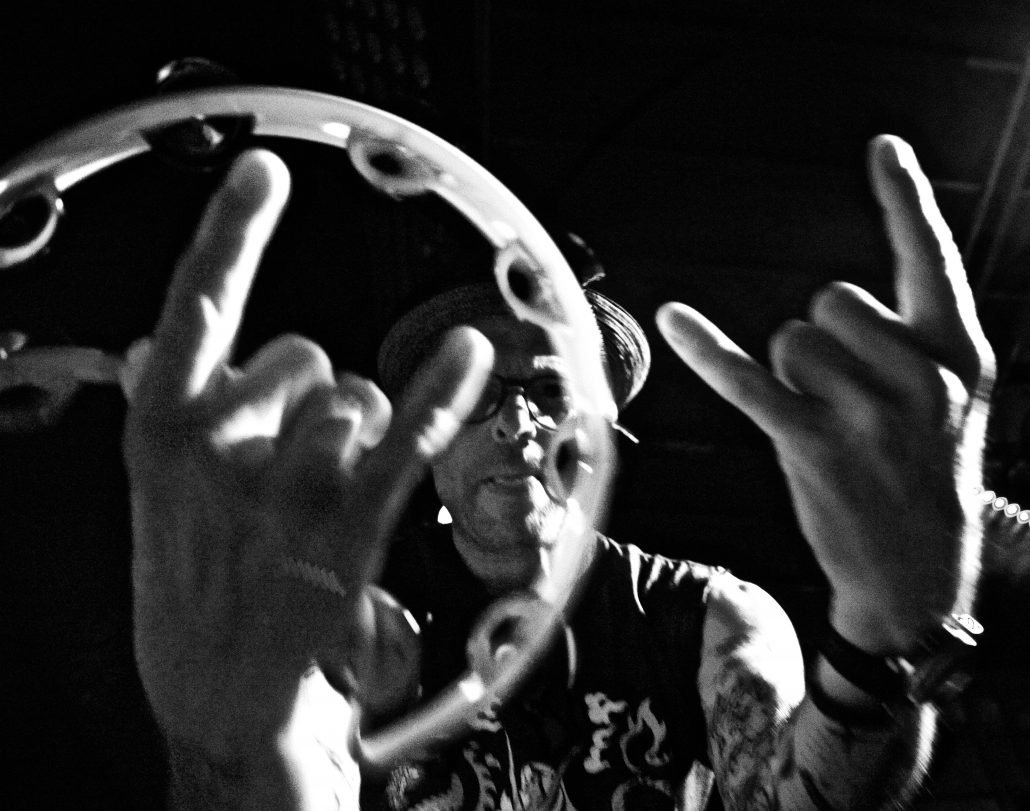 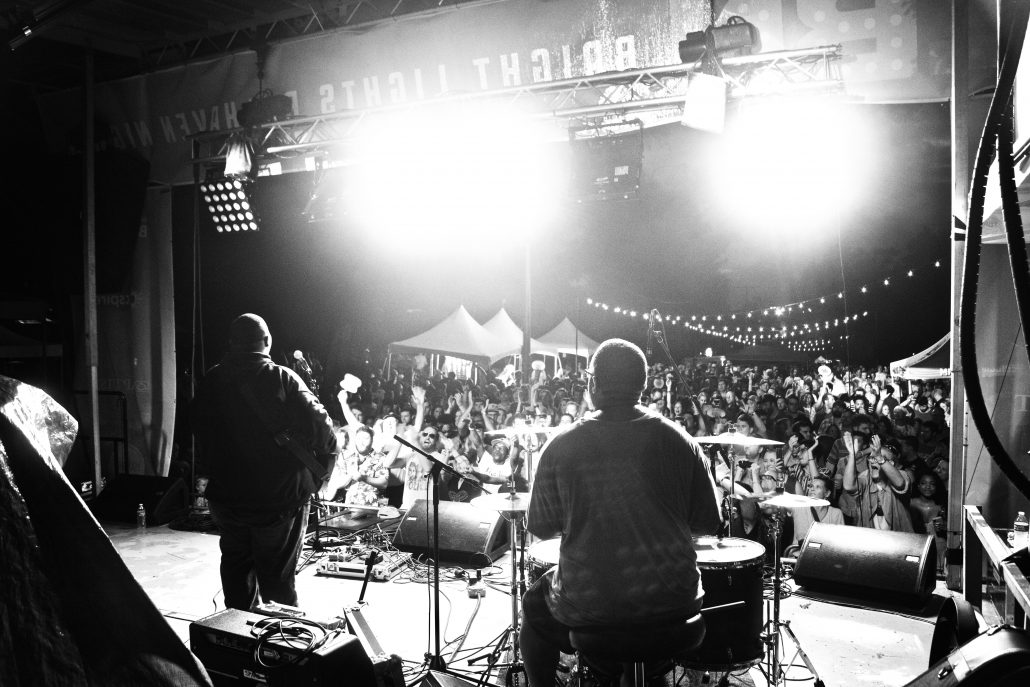 The Greater Belhaven Foundation is gearing up for the 15th Annual Bright Lights Belhaven Nights, Saturday August 10th beginning at 5:00!

This year’s event is headlined by the Gin Blossoms, Drew Holcomb and the Neighbors, and Kingfish!!! Complete lineup and schedule listed below! Our neighborhood Featured Maker is Carlie Hogan creator for Galexie Glister. Be sure to find her tent and get Glistered!

Need a break from the heat, come take a seat in the StoryTellers Tent, there will be presentations from neighborhood historians Nan and Bill Harvey, neighborhood master gardener Jesse Yancy, The Eudora Welty Museum and a lesson in Belhaven Architecture from James Bridgforth from Mississippi Department of Archives and History.

Come ready to shop! We have artisan vendors from all over the Jackson area ready to delight you with their wares. Come hungry! We will have The Manship, Dave’s BBB, Small time Hot Dogs and Street Eats, Taqueria La Reata, 2 For 7 Kitchen, and Hog Heaven BBQ. There will be plenty of sweet and icy cold treats as well!

Be sure to get your tickets early – they are $15 in advance, $20 at the gate. Children 12 and under get in free with supervising adult. The festival is cash only, so please plan accordingly. 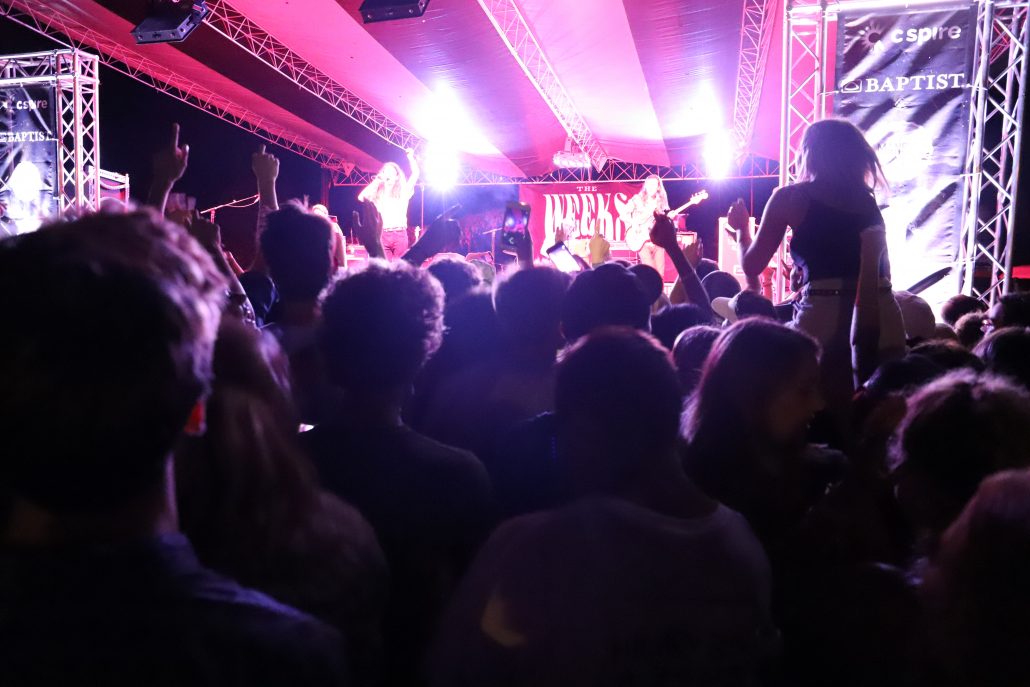 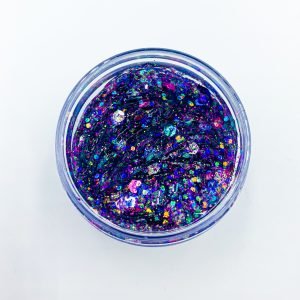 The Greater Belhaven Foundation is excited to announce that this year’s Bright Lights Belhaven Nights Featured Maker is Carlie Hogan and Galexie Glister. Hogan mixed her first batch of Glister in 2017 for Mistletoe Marketplace in her home on Euclid, right here in Greater Belhaven. Her product sold out and started her on a path to forming a company that has gone worldwide! 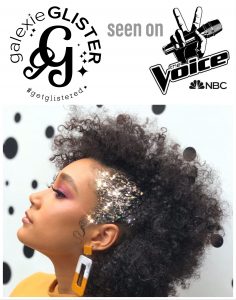 Hogan’s product has been used by several celebrity stylists and has been featured on Cosmopolitan.com and the in the New York Post. Hogan will be joining us at BLBN this year with a BLBN special edition Galexie Glister! Glister is not just a product but an experience, be sure to stop by and see Hogan at her booth and partake in some Glister therapy! Follow Galexie Glister on Instagram @galexieglister and check out their website www.galexieglister.com. 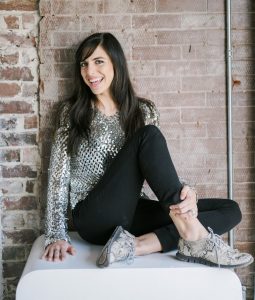 Bright Lights Belhaven Nights is Saturday, August 10, 5:00pm to 10:30pm. Be sure to get your tickets early here! They are $15 in advance and $20 at the gate. VIP Passes are going quick so be sure to get those ASAP if you want those. Reminder, Gates and Drink ticket booths are CASH ONLY, please plan accordingly! 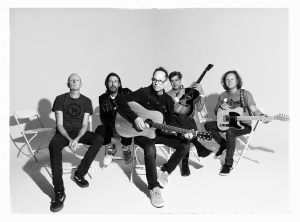 The Greater Belhaven Foundation (GBF) is pleased to announce the music line-up for the 15th Annual Bright Lights Belhaven Nights (BLBN) event scheduled for August 10, 2019. This family fun event, presented by Mississippi Baptist Medical Center, C Spire, The Manship and Southern Beverage Company, features Gin Blossoms as the festival headliner.
The chart-topping band Gin Blossoms produced the breakout record New Miserable Experience, which kept the band on the chart for almost 3 years. Singles included “Hey Jealousy,” “Allison Road,” Until I Fall Away,” “Mrs. Rita,” and “Found Out About You.” The band’s fusion of Pop, Melodic Rock, Folk and Country elements took the airwaves by siege, making the band an MTV playlist hostage for almost a decade and the group a natural 90’s mainstay. From their breakout album through today, the band has sold over 10 million records and are one of the most in demand 90’s live artists who began at the end of the grunge era. In 2017 the band went back in the studio recording a new album. Fans will get a taste of the new album as it works its way into their live set.

This year’s event will feature:

Three stages filled with live music including Blues, Jazz, Indie Rock and Acoustical;
A children’s area including space jumps, arts & crafts activities, and games;
Food for sale from the popular area restaurants;
Items available for purchase by the merchants and artisans of the Greater Belhaven neighborhood;
Beverages, including water, soft drinks and beer for sale.

BLBN is scheduled for August 10, 2019, from 5:00 – 10:00 PM. Advance tickets are $15 per person and are available online at www.greaterbelhaven.com or $20 at the gate (cash only). VIP tickets are available for $100 per person and include access to the VIP lounge. Children ages 12 and under are free and must be with a supervising adult at all times. Gates open at 5:00 p.m. Free parking will be available at New Stage Theatre, along Belhaven streets that have not been closed off, and in the parking garage adjacent to Baptist Health Systems Medical Arts East at the corner of North and Carlisle Streets. 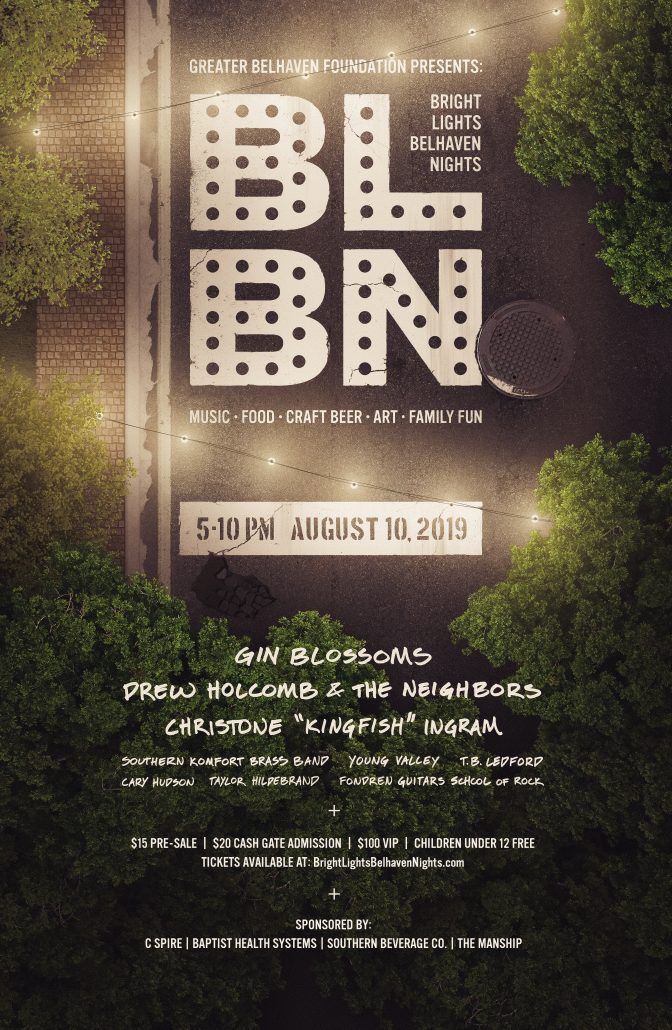 The 2019 event will feature Gin Blossoms as the festival headliner. Southern Komfort Brass Band will lead a Second Line during the event. A full band line-up will be announced soon. Children of all ages will enjoy the special and ever-popular children’s activities area that is open until 8:00 p.m. This year’s event will also feature a dedicated beverage area as well as the expanded food truck area introduced with last year’s festival.

VIP Passes are $100 per person and Advance tickets are $15 per person both are available online here or $20 at the gate (cash only). Children ages 12 and under are free and must be with a supervising adult at all times. Gates open at 5:00 p.m.

The festival will extend along Carlisle Street from McDade’s parking lot toward New Stage Theatre, and also turn onto Kenwood Place and extend into Belhaven Park. Free parking will be available along Belhaven streets that have not been closed off, and in the parking garage adjacent to Baptist Health Systems Medical Arts East at the corner of North and Carlisle Streets. The entry gates will be located on Carlisle and Poplar Streets.

To learn more about Bright Lights Belhaven Nights including the band line-up, find us on Facebook at www.facebook.com/belhavennights, follow us on Instagram at www.instagram.com/greaterbelhaven and on Twitter at www.twitter.com/greaterbelhaven, visit us at www.greaterbelhaven.com/blbn or call 601-352-8850.

Saturday was a beautiful day in the park! Thank you to New Stage Theatre’s Youth Acting Troupe for their wonderful performance of “The Tempest”.  The first performance conjured its own tempest but the show went on, as it must for a wonderful 6:00pm performance as well. 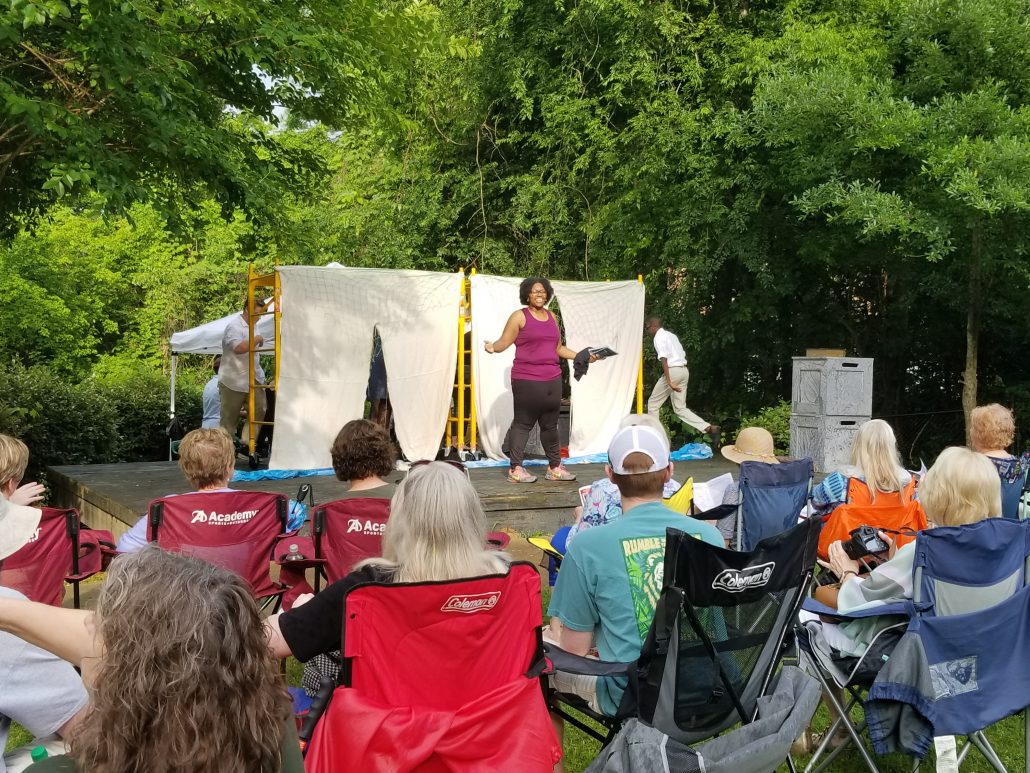 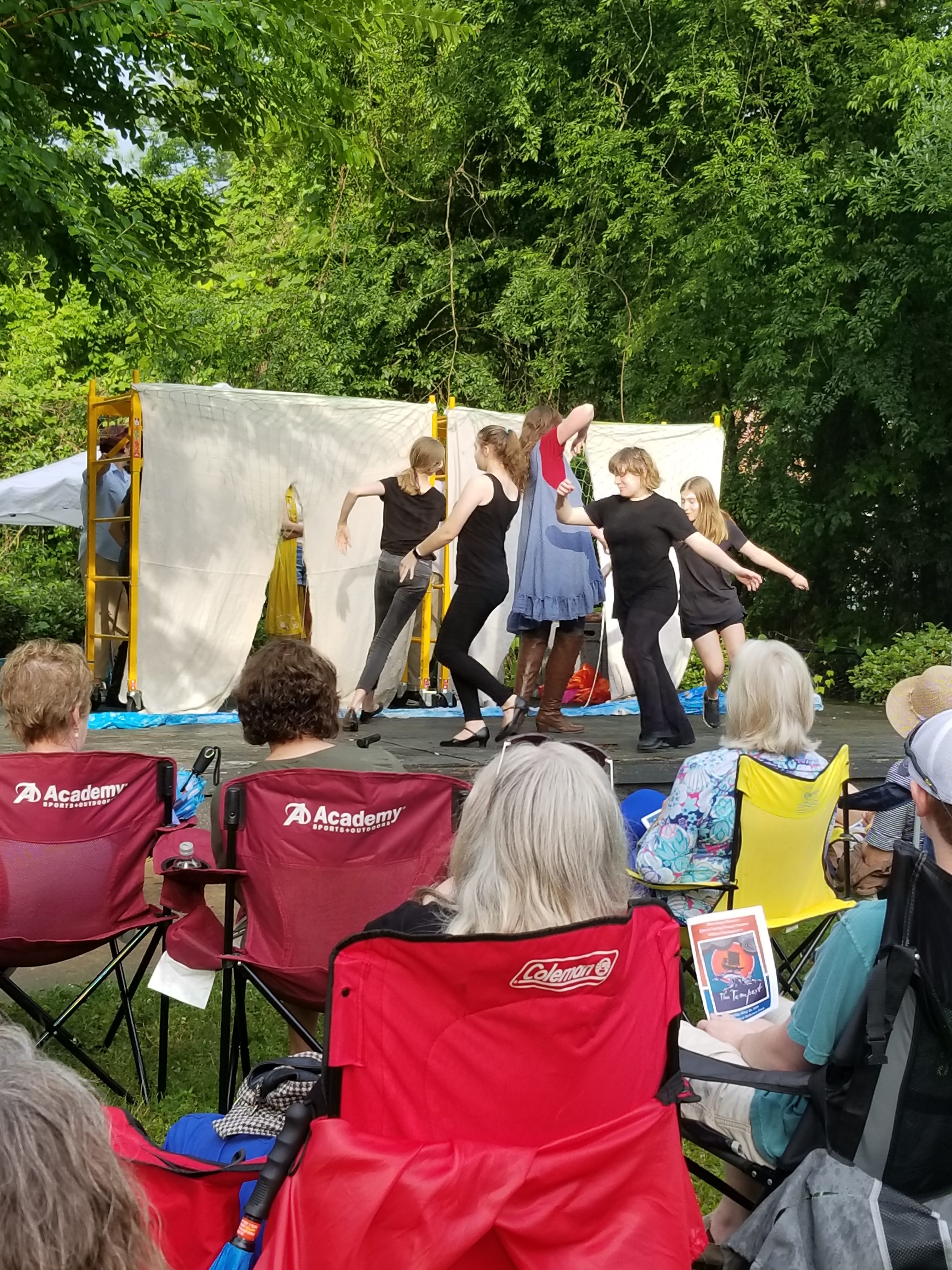 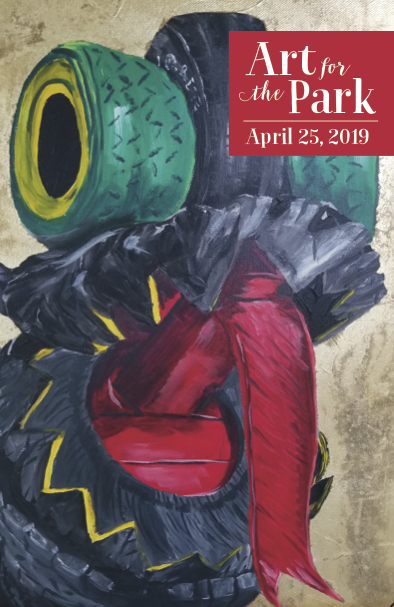 What happens at ART FOR THE PARK?

Your ticket allows you to enjoy a festive evening at the beautiful Fairview Inn complete with live music, hors d’oeuvres and treats catered by local restaurants, a selection of wine and beer, and a lively silent auction.

The auction features original artwork, restaurant gift certificates and lots of other unique items up for bid! Featured artwork this year is donated by long-time Belhaven resident, Casey Creasey. 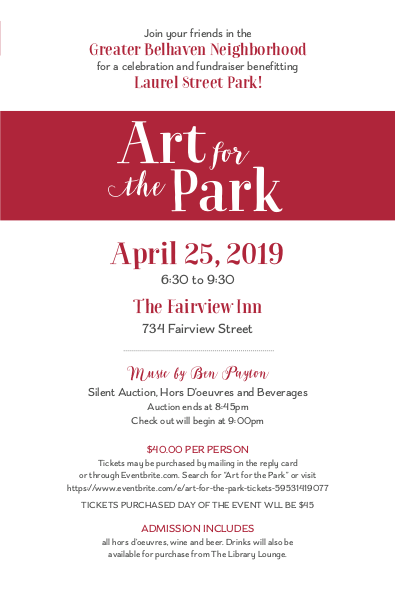 What is the purpose of ART FOR THE PARK?

Art for the Park is a biennial art auction put on by the Friends of Laurel Street Park Committee and the Belhaven Garden Club which raises money for the maintenance and improvement of one of Jackson’s most beloved parks, Laurel Street Park, in the historic Belhaven neighborhood.

This park is consistently used by residents in and around the Jackson area for outdoor play, birthday parties, soccer lessons, neighborhood meetings, and outdoor games, and is used by dog lovers, families and students alike.

Where will the funds raised from ART FOR THE PARK be used?

The money raised at Art for the Park in 2017 was used to host several large work days at the park where equipment was repainted, swings were replaced, benches were replaced and several new benches were added.  The funds also recently were used to purchase security cameras for the park as well as an emergency call button! The Friends of Laurel Street Park have been hard at work on a master plan which includes a walking trail and new play areas for children.  None of this would be possible without the funds raised Biennially at this event. 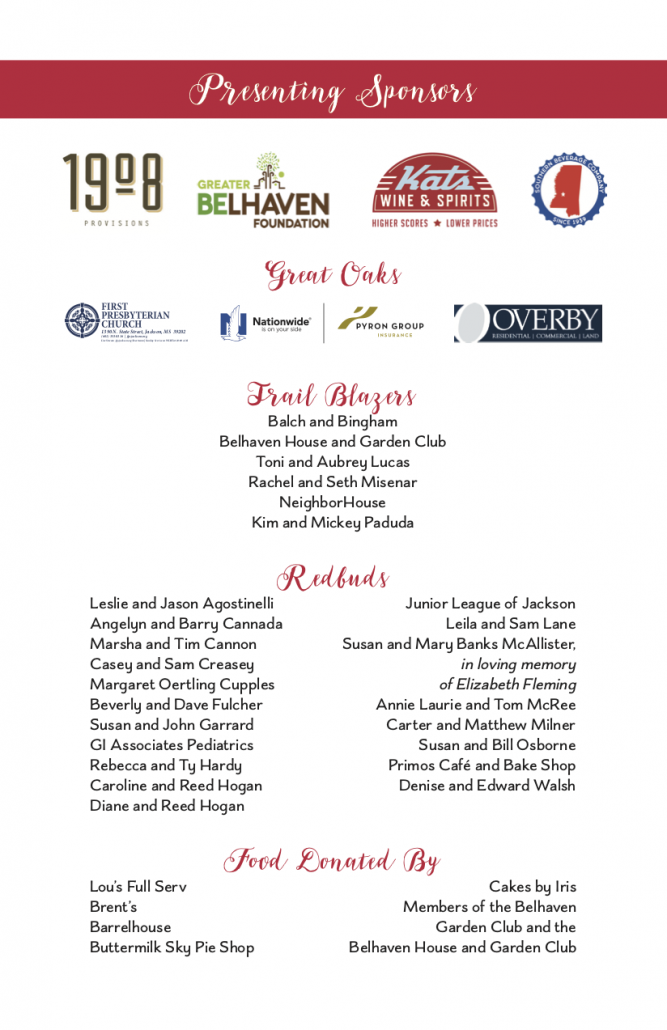 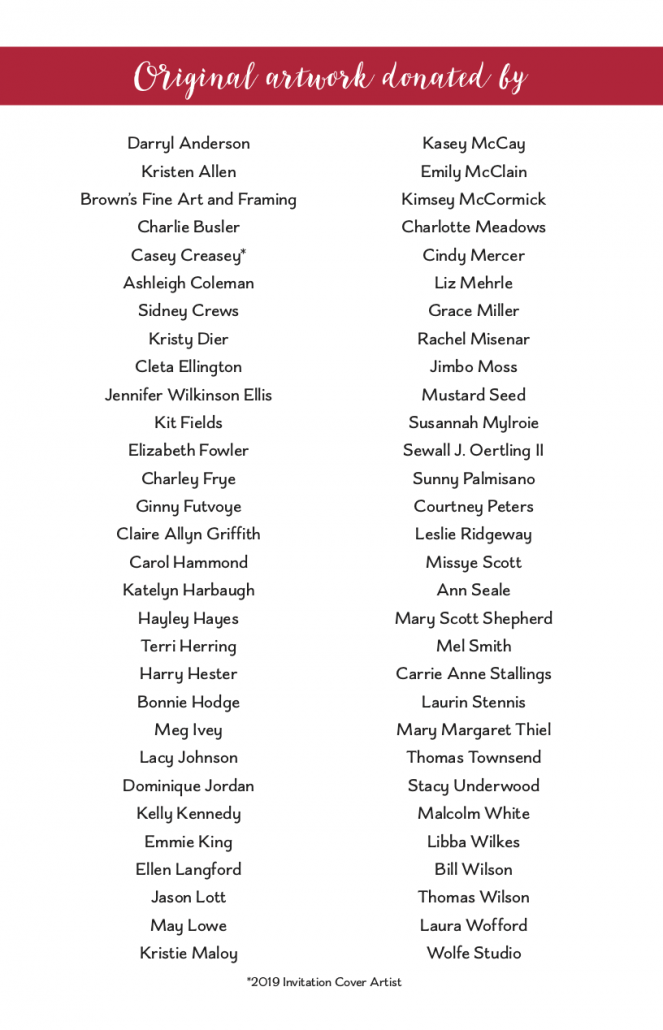 Come join the Greater Belhaven Foundation on Tuesday, November 6 from 6:00-8:00pm at The Rickhouse. The Foundation will have renderings of upcoming projects available for viewing and will be updating the neighborhood on where we are going in 2019! Come help celebrate our donors and all the things that they are making possible!!